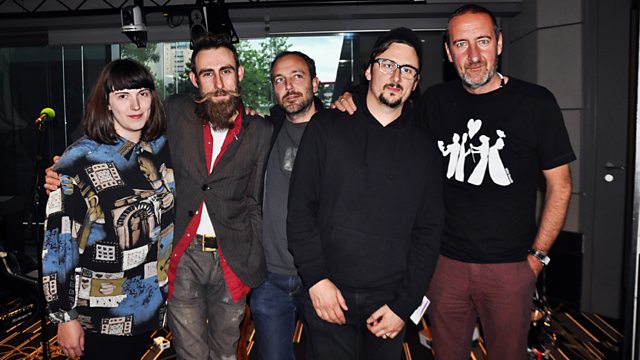 Two years on from his first appearance on the show, Marc has a long-awaited second session from Withered Hand, aka Dan Willson.

It's been awhile, about 2 years, but tonight is the long awaited return of Withered Hand in session.

Dan Willson is Withered Hand, and to date has released four records with the latest being the vinyl only Inbetweens on Brother And Dad Records. Currently on a rare tour with his band before heading out to Europe he will be performing tracks from the yet untitled second album.

Championed by fellow 6Music kin Jarvis Cocker, the Daniel Johnson tinged wry alt-rock of Withered Hand is a firm Riley favourite and we have been waiting a long time to welcome him back in for another session.