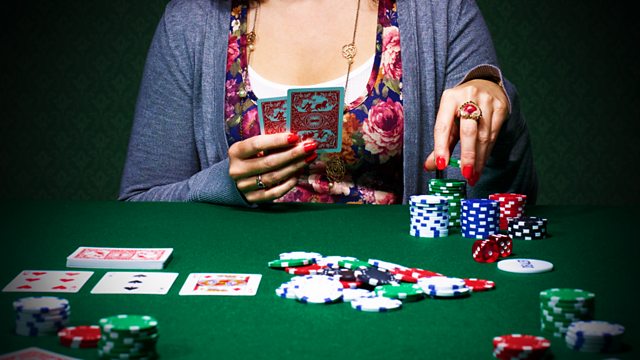 Luck Be a Lady Tonight

Journalist, former news presenter and reformed problem gambler Marverine Cole looks at how gambling is becoming increasingly popular among women in the UK.

Journalist and former Sky News presenter Marverine Cole looks at how gambling is becoming increasingly popular among women in the UK.

A reformed problem gambler herself, Marverine embarks on a rather personal journey to find out why more and more women are taking to gambling. For years it was associated more with men than women, so why the sudden surge in female interest?

Marverine examines the attractions of gambling but also tries to find out why, for her and others, it turned into so-called 'problem gambling'. She hears from women for whom the odd flutter is just a bit of fun and eavesdrops on a group session for women for whom gambling became an out of control addiction.

Producer: Ashley Byrne
A Made in Manchester Limited Production for BBC Radio 4.

If you are concerned about your gambling, or the gambling of friends or family you can contact the national problem gambling charity GamCare's helpline on 0808 8020 133 or visit their website for confidential support, advice and free counselling.
www.gamcare.org.uk

A charity working across the addiction field in research, prevention, treatment, professional education, support for families & children and campaigns. Phone: 0300 330 0659 (Monday to Friday 9am to 5pm)
www.aona.co.uk

An online charity with a peer led online support network for young people affected by someone else's drug misuse, alcohol misuse or addiction to some form of behaviour such as gambling. COAP provides a place for young people to share their experiences, support each other and to receive support from mentors who live with or have lived with someone else's addiction. www.coap.org.uk

A national telephone helpline offering free, confidential and independent advice for people with debt problems. Advice is backed up with written self-help materials which can be sent out for free or downloaded from their website, or contact them by phone on 0808 808 4000 (Monday to Friday 9am to 9pm; Saturdays 9.30am to 1pm.  There is a 24hour voicemail to request an information pack or factsheet.)
www.nationaldebtline.co.uk