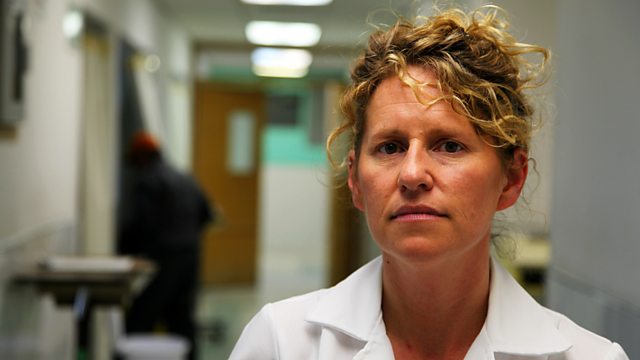 Emergency nurse Maria Connolly leaves the A&E department of the Royal Preston Hospital to work in Ciudad Juarez, Mexico - the centre of a violent drug war.

Emergency nurse Maria Connolly leaves the A&E department of the Royal Preston Hospital to work in Ciudad Juarez, Mexico - the centre of a violent drug war. In Preston, Maria has never seen a murder victim or anyone with a gunshot injury, but Juarez is the murder capital of the world and the nurses in the General Hospital deal with the victims of shootings, stabbings and torture on a daily basis.

For Maria this is a journey into the lives of a dedicated team of nurses who are themselves targets for kidnappers and killers, often having to conceal their identities and change their routes to work. In recent years Ciudad Juarez has had more violent deaths than Baghdad - since 2008 more than 10,000 people have died on the streets, victims of a vicious turf war between the drug cartels battling to control the lucrative marijuana and cocaine trade over the border into America.

Maria's host for her stay is local nurse Pablo Vasquez, who has witnessed gun battles in the hospital itself. Now heavily armed guards patrol the corridors. She also meets one of Pablo's neighbours, whose daughter is one of the hundreds of young women who have simply disappeared from the streets of the city.

During her stay Maria treats patients with a terrifying variety of violent injuries. She sees gunshot injuries, stabbings, beatings and even a father and son who were put through a mock execution. But the nurses of Juarez General work through the mayhem with dedication and humour, in the face of the world's most notorious drug war.