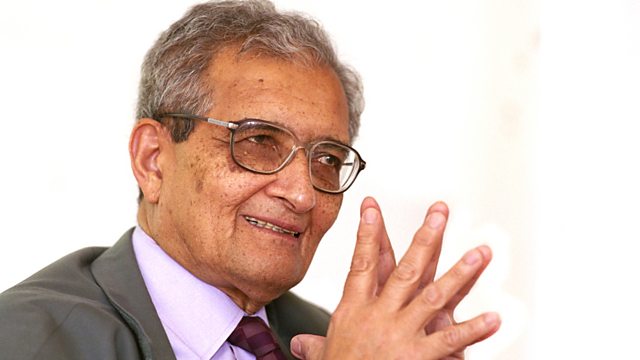 Philip Dodd concludes a series of programmes exploring 'the good life' with an extended and probing conversation with Nobel Prize-winning economist Amartya Sen.

In the concluding programme in Night Waves' examination of the "good life" and what we mean by it Philip Dodd talks to the Nobel prize winning economist, Amartya Sen. In an extended and probing conversation he traces Sen's journey from the child who witnessed a brutal sectarian murder to the man celebrated for his ground breaking work on the causes of famine; from the precocious boy born into an academic family in Dhaka - now part of Bangladesh - to the man who was the first Indian to be master of an Oxbridge college and the man hailed by Time Magazine not just as an "Asian Hero" but also as one of the world's 50 most influential people.