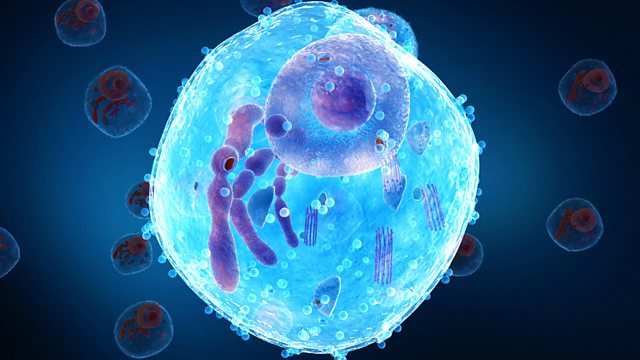 Melvyn Bragg and his guests discuss the origins and structure of the cell, the fundamental building block of life.

Melvyn Bragg and his guests discuss the cell, the fundamental building block of life. First observed by Robert Hooke in 1665, cells occur in nature in a bewildering variety of forms. Every organism alive today consists of one or more cells: a single human body contains up to a hundred trillion of them.

The first life on Earth was a single-celled organism which is thought to have appeared around three and a half billion years ago. That simple cell resembled today's bacteria. But eventually these microscopic entities evolved into something far more complex, and single-celled life gave rise to much larger, complex multicellular organisms. But how did the first cell appear, and how did that prototype evolve into the sophisticated, highly specialised cells of the human body?