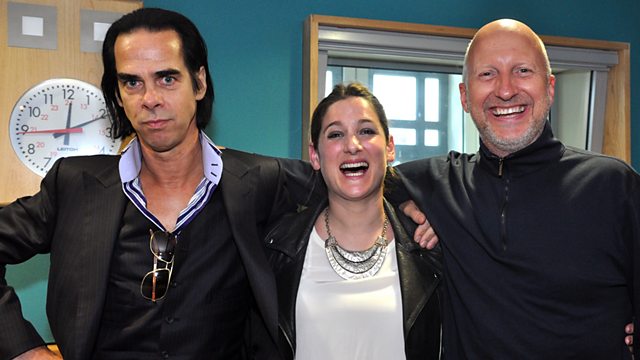 Nemone sits in and talks to Nick Cave

Nemone sits in for Shaun Keavney with another Song of Praise caller, your Earworms and the small matter of a chat with Nick Cave and director John Hillcoat about new film Lawless.

Nick Cave, and director John Hillcoat, join Nemone for a chat about their new film 'Lawless'.

As well as being the front man for Nick Cave and the Bad Seeds, and Grinderman, Nick is a highly regarded and innovative musician, composer and screenwriter. He's also a longtime friend and creative collaborator of John Hillcoat, with whom he wrote the script for the Hillcoat-directed film 'The Proposition'. They talk about working together, the creative process, and they also let slip of a new Bad Seeds album to come!

Plus Nemone dishes up your daily 'Earworm' track, chats to another Song of Praise caller, and shares another kicking playlist which spans the best music of the last 40 years.

Nemone sits in and chats to Professor Brian Cox