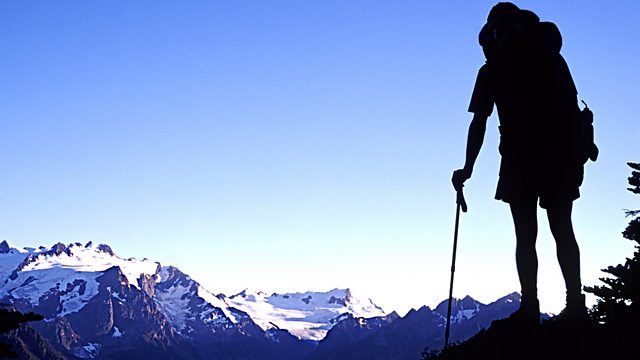 Writer, poet and former mountaineer Andrew Greig discovers the unexpected connections between the visual arts and the act of climbing.

Andrew Greig; writer, poet and one time mountaineer discovers the unexpected connections between the visual arts and the act of climbing.

Andrew starts his exploration by visiting his good friend the acclaimed Scottish painter Rob Fairley at his home in Glen Uig. They discuss how Rob's ability as a climber has fuelled not only his depictions of mountains in his paintings but the strange otherworldly elements that he infuses them with, inspired by being in what Rob describes as the world's "thin places."

But there's much more to the connections between climbing and art than just the painting of epic landscapes. Some of climbing's elite are also very fine artists. World class alpinist Andy Parkin makes his living jointly from climbing and art made in his studio at the foot of Mont Blanc in the French Alps. And it's from here that he describes what these two passions have in common for him, a sense of adventure, risk and unknown outcome. Here he not only paints and draws but also sculpts and makes installations all inspired by a lifetime exploring.

This contrasts with Northern Ireland based climber and artist Dan Shipsides who has fused the two activities to the point where the climbing is the art. His art is of a much more human scale reflecting the climbing of short but incredibly difficult rock climbs in his native peak district or the coastline of his adopted home . He's even recreated the physical moves of a climbing route in galleries that act both as sculptures and performance pieces.

Reflecting on both the range of climbing and art it inspires Andrew will see how what the two activities really have in common is a creative engagement with life itself.