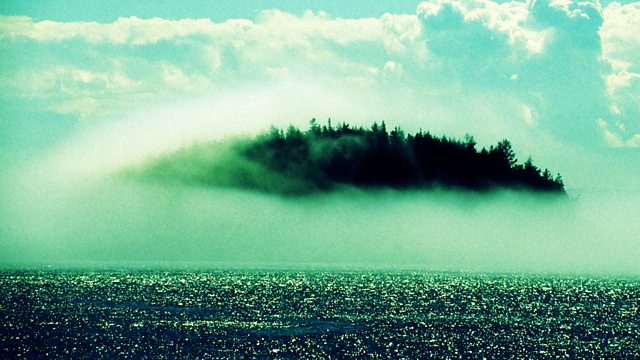 Paul Evans narrates this voyage across a sea of imagination to Hy-Brasil, a phantom isle where fact and fiction exist in a strange reality. Sound recordings by Chris Watson.

Hy-Brasil is a phantom island which features in many Irish myths. The island is said to be cloaked in mist except for one day every seven years, when it becomes visible but still cannot be reached. It appears on a map in 1325 off the south west coast of Ireland. Despite the failure of so many attempts to find it, there exist sketches of this island, circular in shape with a river running east to west across its diameter. Written and narrated by Paul Evans with sound recordings by Chris Watson, Hy-Brasil tells the story of a journey across a sea of imagination in search of this phantom isle.

Its post World War II and drained and disillusioned by war, the narrator goes in search of peace and solitude "Like an earwig in a matchbox ... I crawl from the stinking wax towards life outside the deaf lug of the Metropolis" His destination is Hy-Brasil ; a "place rumoured to be filled with strange animals and a lone magician." Finding a sailor who will take him part of the way ".. I put all my money and my grandfather's watch into his cold squid hands and he says we're bound for the Porcupine Bank and the fog of Hy Brasil". In the shroud of fog which cloaks the isle " ... there are no landmarks to fix my bearings only stones crouching like monkish supplicants ...." But there is life on the island "I drift to sleep listening to a demented choir in the fog; birds or people or some demonic crossbreed of both". Later, he encounters "hellish creatures screaming". Far from offering him peace and sanctuary the island is a place of "sorcery", as the narrator encounters The Magician, Black Gliders, Jasconye the Fish, and Far Laith. Given such a strange, wild, dark black place, the journey's end is unexpected as the magic of Hy-Brasil works its spell in an unexpected way.