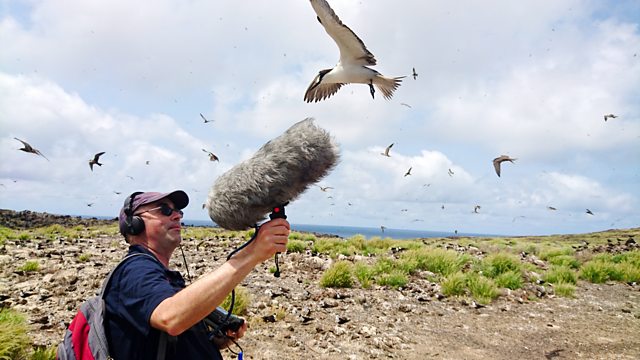 Thousands of people play sports or work out at the gym each day. Tom Heap breaks a sweat to see how the energy from our bodies can be harnessed to power other devices.

In the UK thousands of people spend many hours - and pounds - looking to burn off energy at gyms and while playing sports. Could that energy be harnessed and used to power some of our gadgets and devices? Tom Heap puts on his trainers and breaks a sweat to find out.

Trevor Baylis's wind-up radio revolutionised access to information in Africa by using human power rather than expensive batteries. The inventor also demonstrated his piezoelectric phone-charging shoes by walking across the Namib desert and he says there's far more potential for inventions that use our heat or movement to power the devices we use - saving on the mountain of batteries we throw away and replace each year. It also makes lighting and phone charging easier for countries not on the electric grid.

It's possible you've even had some of your energy captured without realising. Tom sees the floor tiles storing energy from commuters', shoppers' and schoolchildren's footsteps to help power lighting. He learns about ink patterns on clothing that use energy from our movement to monitor our health and hears about futuristic implantable devices which could be powered by the body's internal movements.

The experts say we won't be going off-grid to power our homes with exercise bikes but even tiny devices could be major players in helping our energy demands.