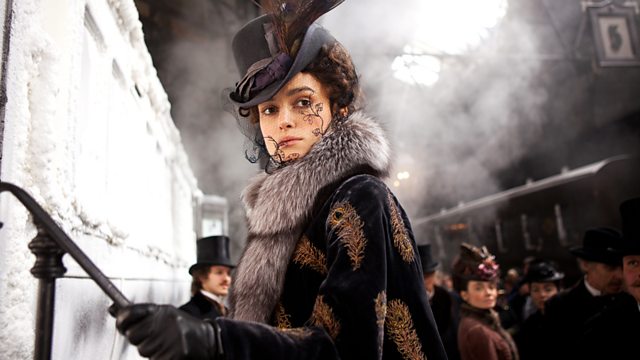 Hermione Norris, who played Ros Myers in the BBC TV spy series Spooks, returns to our screens tonight in A Mother's Son, a two-part ITV drama about a mother who suspects her son might have committed a murder. The actress discusses the challenge of the role and looks back over her award-winning television career which has included the series Cold Feet, and Kingdom, alongside Stephen Fry.

Keira Knightley and Jude Law star in a new film version of Anna Karenina, directed by Joe Wright with a screenplay by Tom Stoppard. Writer and broadcaster Viv Groskop reviews.

Henning Mankell is best known in the UK for his Wallander series of crime novels, but the crime genre represents only a small part of his output. His latest novel explores the secretive world of Sweden's immigrant community, and the impact it has on Swedish society. He explained why he felt this story needed to be told.

Today the world's largest human form sculpture is unveiled. A quarter of a mile long, Northumberlandia is a landform sculpture of a reclining naked woman, designed by Charles Jencks and shaped from the waste from a surface mine in the village of Cramlington in Northumberland. The poet and historian Katrina Porteous gives her verdict.