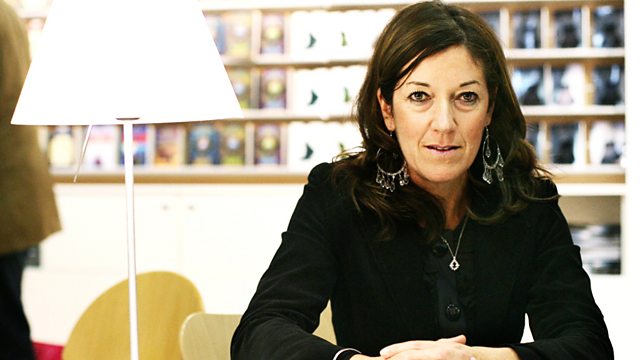 Victoria Hislop talks to James Naughtie about her debut novel The Island, a fictional account of a real life leper colony on the island of Spinalonga, just off the coast of Crete.

Victoria Hislop talks to James Naughtie and readers about her debut novel The Island, a fictional account of a real life leper colony, the island of Spinalonga, just off the coast of Crete. First published in 2005, The Island has now sold over a million copies.

Victoria says that when she first went to Spinalonga, as a curious tourist, she had no idea that leprosy still even existed in the 20th century. She thought it had been wiped out hundreds of years ago. Even today, around 500 new cases are diagnosed every year in India and South America.

Before writing novels Victoria was a successful travel journalist. On that first visit, her initial idea had been to write a piece for one of the Sunday newspapers, but after fifteen minutes wandering around the abandoned village on the island, she decided to tell the story in fiction instead.

The resulting novel tells the story of a family beset by two cases of leprosy in the 1930s and 50s, before the cure was found. In the 1930s, Eleni, a school teacher in the village opposite the leper colony, catches the disease, probably from a pupil. As the pair are exiled to Spinalonga, we see how her husband and two daughters cope in her absence, one of whom will also succumb to the disease some fifteen years later.

Victoria explores the shame and stigma of the disease through these characters and their lives and love affairs in a family saga stretching to present day London.