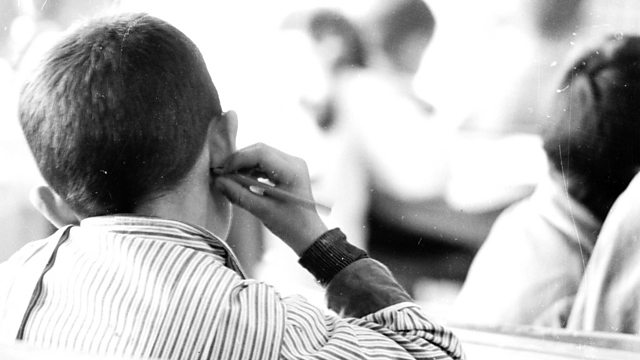 By David Hare. Drama set in the '60s in Lancing College, Sussex. A pin-sharp pupil is cut off from his fellow boys by virtue of his own intellect, background and questioning spirit.

The much acclaimed Chichester Festival production of David Hare's play is brought to radio. Set in the 60s in Lancing College, Sussex, where the author went to school.

A pin sharp young pupil ( an astonishing professional debut from Alex Lawther) is cut off from his fellow boys by virtue of his own intellect, background and questioning spirit.

The school, with its unyielding and rigid outlook on life, leaves the boy isolated and confused. In an unlikely meeting with the free-spirited mother of another pupil (Anna Chancellor) her generosity and sound advice offers the boy a world of kindness and possibility.

The original music was composed by Paul Englishby and the original theatre sound was designed by Ian Dickinson.

The Chichester Festival production of South Downs was first performed at the Minerva Theatre, Chichester.

A Special Kind of Dark

Blasphemy and the Governor of Punjab