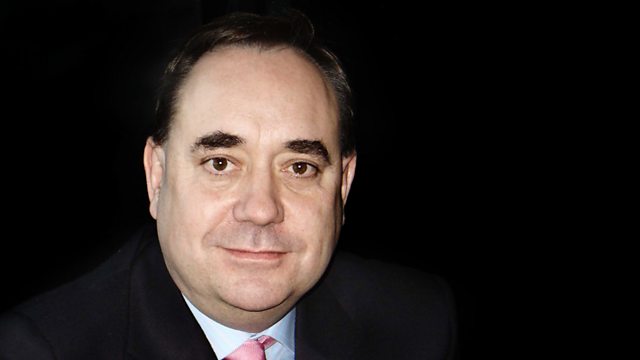 Jim Naughtie considers the Scottish politician whose passion for an independent Scotland has changed the political geography of the British Isles.

Jim Naughtie considers the influence of Alex Salmond, one of the leading Scottish politicians of the Second Elizabethan age. Salmond's passion for an independent Scotland has changed the political geography of the British Isles and may yet change it even more radically.

Producer: Alison Hughes
They were asked to choose: "Men and women whose actions during the reign of Elizabeth II have had a significant impact on lives in these islands and/or given the age its character, for better or worse.".