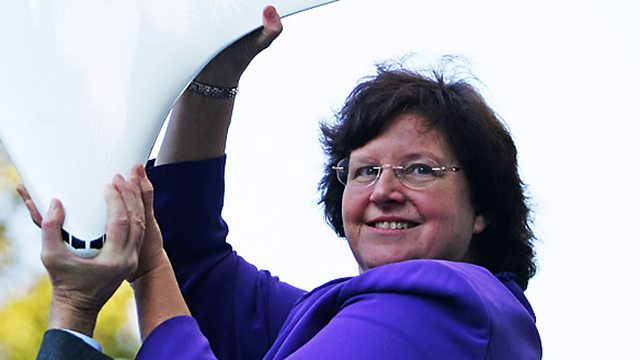 A world in which planes are silent sounds like a pipe dream, but engineer Dame Ann Dowling tells Jim Al-Khalili about her team's design for an aircraft that barely makes any noise.

A world in which planes are silent may sound like a pipe dream; but University of Cambridge engineer, Dame Ann Dowling, and her team proved it is possible to build an aircraft that barely makes any noise. A brilliant mathematician and a keen pilot, Ann now heads of one of the largest engineering departments in Europe. Her design for a silent aircraft could improve the quality of life for millions of people living near airports worldwide: so does she mind that it never got off the ground? Jim talks to Ann Dowling about mathematics, engines and how she always wanted to do something useful.