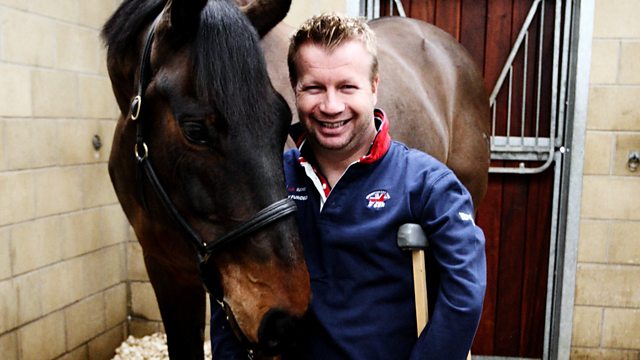 Gerry Northam profiles dressage champion and nine-times gold medallist Lee Pearson, who is on track to be one of the most successful ever Paralympians.

If nine-times gold medal winner Lee Pearson adds a further three golds to his collection at the London 2012 Paralympics, he could surpass the modern era record haul of 11.

Dressage champion Pearson was born with a condition called arthrogryposis which twisted his limbs.

He won a Children of Courage medal in 1980 aged six, with Margaret Thatcher insisting on carrying him up the stairs of number 10.

An outspoken character on various issues, including the levels of funding in disabled sport and the recognition that goes with it, Pearson has a 100% record in his field, having won gold in every event at every Games he has ever competed in.

So what drives him? And how will he cope with the pressure knowing that if he continues his winning streak in London in the coming weeks, he will be one of the most successful Paralympians in history?