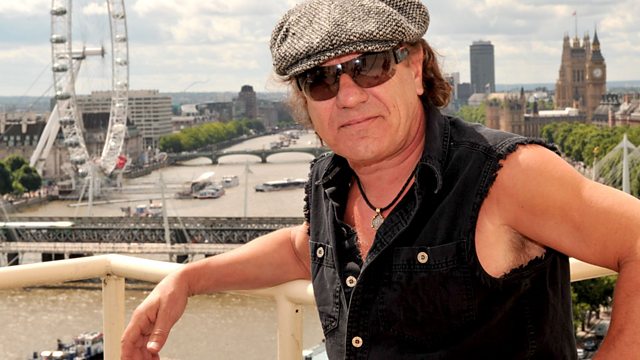 Lead singer of AC/DC Brian Johnson shares the songs and artists that provide the soundtrack to his life.

Lead singer of AC/DC, and self-confessed car fanatic, Brian Johnson shares the songs and artists that provide the soundtrack to his life, for six weeks on Radio 2.

Drawing from 32 years as the frontman of one of the world's biggest ever rock bands, Brian shares stories of rock 'n' roll loves, laughs and losses, plus priceless anecdotes and pearls of wisdom from a lifetime of tour bus mischief and a devotion to rockin' all night long.

Brian's infectious enthusiasm and all-killer-no-filler music picks are guaranteed to put a smile on your face, whether you're hitting the road or the sofa. Unmissable for AC/DC fans, and an appointment to listen for anyone who loves classic rock presented by a hugely passionate rock star.

See all episodes from Brian Johnson's Rockers and Rollers