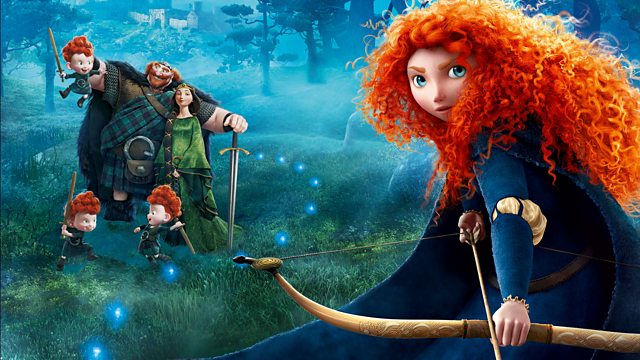 Animation. A feisty Scottish princess (voiced by Kelly Macdonald) gets more than she bargained for when she turns to a witch for help in changing her mother's mind.

Animation. Stubborn and independent Princess Merida grows up wanting to choose her own destiny and live her own life, but her parents are planning a competition to see which of the neighbouring princes can win her hand in marriage. In desperation, furious Merida turns to a witch to try and change her mother's mind. But the spell she is given changes her mother a bit more than she expected, and together they face a race against time to sort things out before the transformation is permanent.