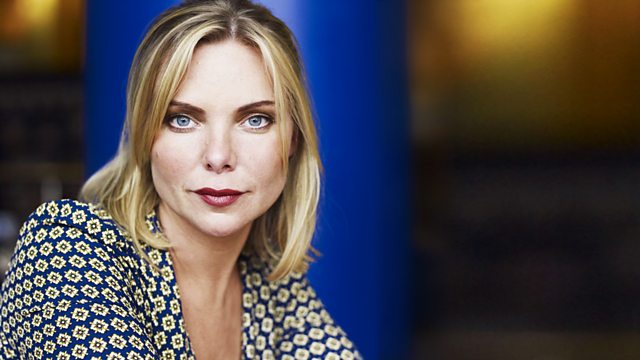 Classic genealogy series Who Do You Think You Are? returns for its ninth series, delving into the ancestry of some of the UK's best-known faces. The new series sees ten celebrities embark on intense personal journeys to discover their families' pasts.

2012's series witnesses fascinating tales of infidelity, tragedy and adventure. Covering over 400 years of history, the programmes unearth secret telegrams and rare and previously undiscovered documents that bring our celebrities' ancestors to life. The series takes us on an historical rollercoaster of trials and triumphs, political intrigue, guilt, and treasonous plotting.

First up is actress Samantha Womack, best known for playing Ronnie Mitchell in EastEnders. Sam's parents separated when she was young, and she grew up with only a fractured sense of her family history. Sam starts her journey by looking into the military career of her great-grandfather, Alexander Cunningham Ryan, to discover whether the rumour that he was gassed during the First World War is true. However, the story quickly takes an astonishing turn as Sam discovers a puzzling discrepancy in Alexander's military record. As Sam investigates further, she uncovers the shocking truth and finds out how her great-grandfather destroyed his military career.

Sam also follows the trail of her great-grandmother, Beatrice Garraud. Beatrice proves elusive to find in the usual genealogical records, and Sam is shocked when she finally tracks her down to an orphanage in Hammersmith. What was Beatrice doing in an orphanage when her mother, Sam's great-great-grandmother, was still alive? Sam turns detective to uncover a story of tragedy and abandonment.