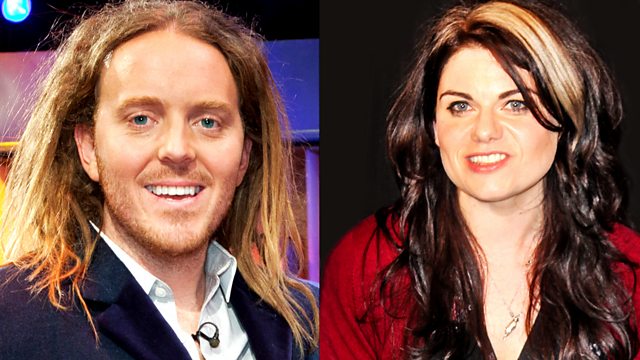 The musical comedian and the journalist in the talk tag show where the guest is the next interviewer. From August 2012.

Comedian and musician Tim Minchin is not well but still has a great time putting the world to rights in his attempt to interview journalist and author, Caitlin Moran, despite having no questions and no voice.

The talk tag show where the guest is the next interviewer.