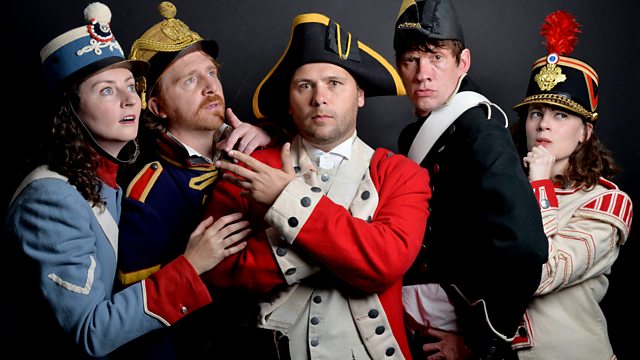 John Finnemore presents a special edition of his sketch show, recorded at the Edinburgh Festival Fringe.

John Finnemore, the writer and star of Cabin Pressure; regular guest on The Now Show; and popper-upper in things like Miranda and Family Guy, presents a special edition of his sketch show, recorded at the Edinburgh Festival Fringe.

The first series, broadcast last year, was described as "sparklingly clever" by The Daily Telegraph and "one of the most consistently funny sketch shows for quite some time" by The Guardian. It featured Winnie the Pooh coming to terms with his abusive relationship with honey; how The Archers sounds to people who don't listen to the Archers, and Jekyll and Hyde's tricky housekeeping arrangements. This show won't feature any of those things, but that's ok, because it will feature other things, and they'll be funny too.