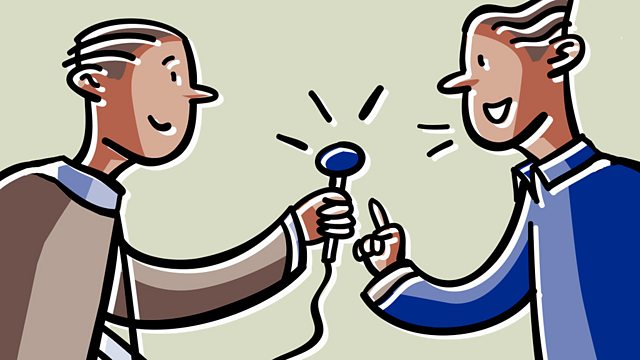 The illusionist and the musical comedian in the talk tag show where the guest is the next interviewer. From August 2012.

Last week's interviewee, Illusionist Derren Brown, dispenses with the trickery and gets inside the mind of Tim Minchin by cleverly asking him some questions then listening to the answers. They talk beliefs, magic, music and Minchin.