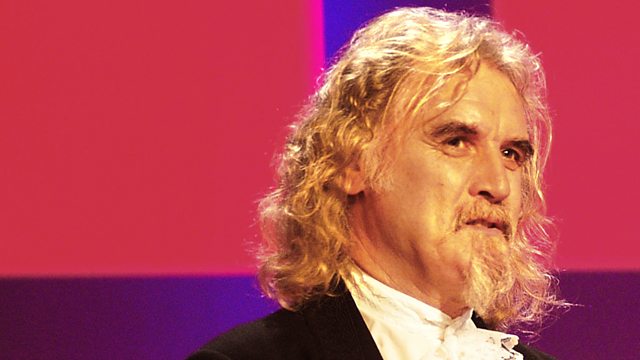 James Naughtie considers Scottish comedian Billy Connolly, who went from the Clyde shipyards to being one of the UK's most popular stand-up comedians.

James Naughtie considers the Scottish comedian Billy Connolly, who went from from the Clyde shipyards to being one of the UK's most popular and enduring stand up comedians.

Connolly began as a folk singer in The Humblebums but realising his gift for humour, he changed direction to concentrate on comedy. He came to wide public attention with his first appearance on Parkinson in 1975 with the "bike joke", and never looked back. He's cited as one of the most influential stand up comedians of the era, has had much success in television as well as making his mark in Hollywood, and is often considered a Scottish national treasure.