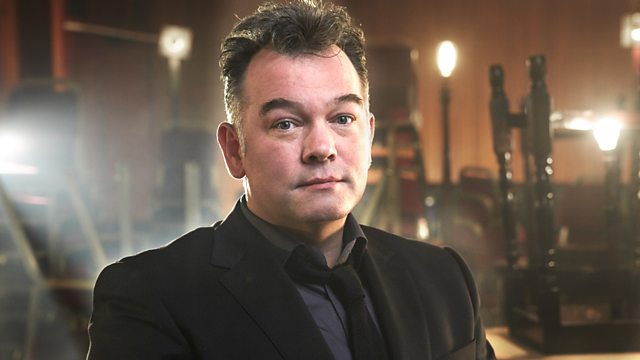 Comedian Stewart Lee goes on an audio journey through the pioneering world of early British electronic music. From 2012.

After the Second World War, a small group of electronic pioneers began tinkering with their army surplus kit to create new sounds and music.

Tristram Cary started the first electronic music studio in Britain but, while France, Germany, Italy and the USA had lavishly funded research centres, British electronic music remained the preserve of boffins on a budget.

This make do and mend approach prevailed long after austerity Britain gave way to the swinging 60s.

Stewart talks to Peter Zinovieff who developed EMS synthesizers from a shed at the bottom of his garden in Putney. Paul McCartney of the Beatles put on his wellies to take a look.

Brian Hodgson reveals how experimental and electronic festivals were held in the 1960s, including The Million Volt Light and Sound Rave at which the Beatles' electronic piece Carnival Of Light had its only public airing.

Experts in the history of electronic music, including author and musician Mark Ayers and Goldsmiths College lecturer in computer studies Dr Michael Grierson give the boffins' view and Portishead's Adrian Utley explains why the early forays in electronics are still relevant today.

A Sugar production for BBC Radio 4, first broadcast in August 2012.