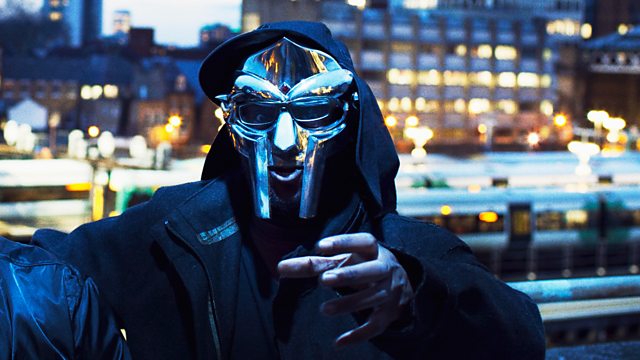 Clive Anderson is joined by actress Adjoa Andoh, Andy Hamilton, Anneka Rice and Jonathan Harvey for an eclectic mix of conversation and comedy, with music from Doom.

The Dead Donkey makes the headlines this week as Clive chats to Andy Hamilton about his new comedy, 'Just Around the Corner', co-written with Guy Jenkin, and part of Channel 4's Funny Fortnight. It's the story of a suburban family set in the flooded, warm and bank-free future - a kind of "Mad Max meets The Good Life".

From one dog-eat-dog world to another - Clive finds himself in the Roman Capital with actress Anjoa Andoh who is currently playing the part of Portia in Shakespeare's 'Julius Caesar' at the Noel Coward Theatre in London. It's a famliar story of power politics, bloody murder, corruption and treachery in this spectacular RSC production transposed to an African setting.

Jo Bunting meets Beautiful Thing Jonathan Harvey whose debut novel 'All She Wants' introduces us to loveable Liverpudlian girl, Jodie McGee - the girl next door who becomes 'the girl off the telly'. In Jodie's words: 'This is my story. It's dead tragic. You have been warned.'.

And it's Challenge Clive as he pulls on his jumpsuit and races to meet golden girl Anneka Rice to find about her new BBC1 series, 'The Flowerpot Gang'. Alongside Phil Tufnell and Joe Swift, their goal is to transform neglected outdoor plots of land into inspiring and life-changing spaces for communities across Britain.

Music comes from the masked hip-hop maverick, DOOM whose album, JJ Doom 'Key to the Kuffs', features Beth Gibbons and Damon Albarn. JJ comes from the initals of collaborator producer / vocalist Jneiro Jarel. This is DOOM's debut radio performance, perhaps after it, he'll call himself LE DOOM? And he plays 'Winter Blues'.

And Scottish folk musician, James Yorkston, plays 'Border Song' from his new album, 'I Was A Cat From A Book'