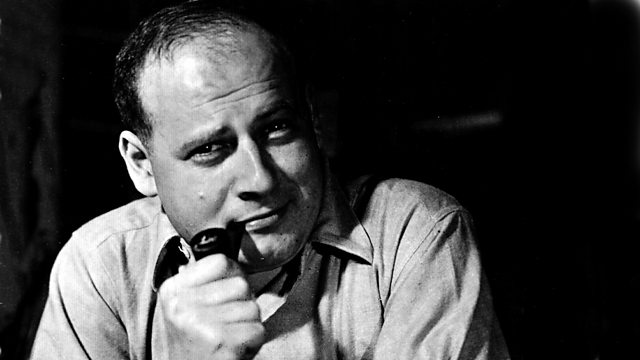 Jack Dee narrates the story of Gerard Hoffnung's classic tale, The Bricklayer's Lament, recorded in 1958. Including contributions from Ian Hislop and Colin Dexter. From Aug 2012.

Back in December 1958, German musician and humorist Gerard Hoffnung was asked to speak at the Oxford Union in a debate entitled "This House Believes Life Begins at 38". Luckily, the BBC was on hand to record the debate and they managed to capture Gerard giving a hilarious comic speech, which included the now legendary Bricklayer's Lament story.

This half hour documentary, narrated by Jack Dee, tells the story of the speech and how The Bricklayer's Lament really came about. It includes contributions from Ian Hislop, who was a fan from an early age, and Inspector Morse creator Colin Dexter, who was taught by Gerard during the Second World War.

The programme will reveal how an early incarnation of the R4 comedy panel show Just a Minute was to play a pivotal role in the eventual success of The Bricklayer's Lament.

The programme also features many classic clips of Gerard Hoffnung speaking at the Oxford Union debate, as well as other recordings he made in the fifties. These include snippets of the hilarious interviews he gave to the Canadian broadcaster Charles Richardson.

Also included are revealing interviews with Gerard's widow, Annetta, who shares her memories of this amazingly talented man.

The Bricklayer's Lament is a fascinating insight into how this recording came about and a loving tribute to a unique personality who entertained so many generations.