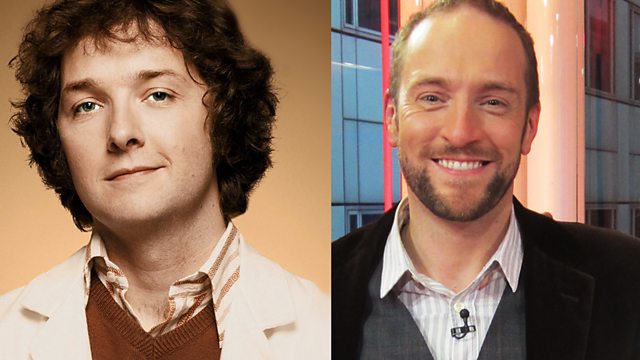 The comedian and the amazing illusionist in the talk tag show where the guest is the next interviewer. From August 2012.

Comedian Chris Addison gets the rare chance to talk to the amazing Derren Brown about magic, comedy, art, faith and Hitler.

Episodes in the chain include:

Rebecca Front being interviewed by the man who knows her best, her big brother, Jeremy Front.

Rebecca Front talking to her Thick Of It co-star and fellow non-nudist, Chris Addison, about working with Armando Iannucci and embracing his middle-classness through stand-up;