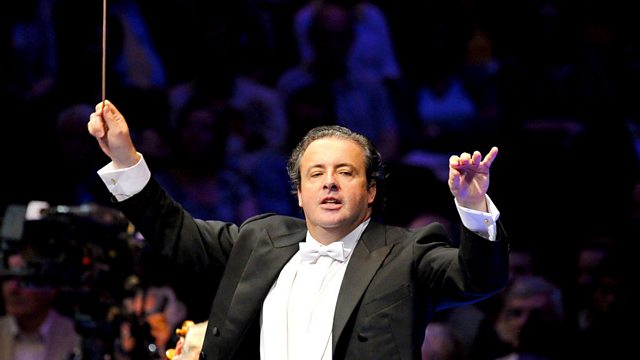 A dramatic world premiere by James Macmillan is set alongside tragically romantic music by Wagner and one of Bruckner's most expansive symphonies.

A world premiere at the Proms is always exciting and this is no exception. Hot on the heels of his "Gloria", composed for the 50th anniversary of the re-consecration of Coventry Cathedral, is James MacMillan's dramatic and full-blooded "Credo", performed by the BBC Philharmonic, their chief conductor Juanjo Mena and the combined Manchester Chamber Choir, Northern Sinfonia Chorus and Rushley Singers. Bruckner's Sixth Symphony was one of his favourites - bold and expansive and entirely befitting of the space of the Royal Albert Hall. The concert opens with the Prelude to Wagner's landmark tale of tragic love - Tristan und Isolde - performed here with Wagner's rarely heard concert ending.

This Prom will be repeated on Sunday 19th August at 2pm.