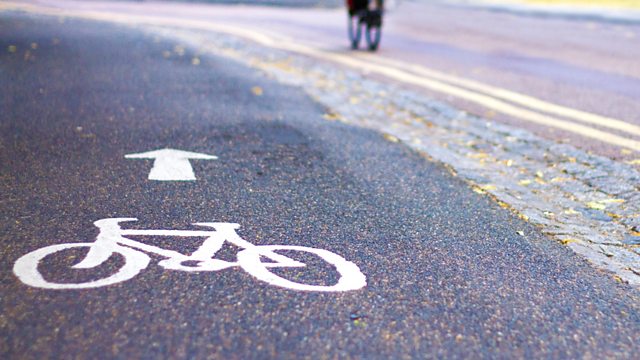 4 Extra Debut. Two brothers cycle the length of the UK to try and heal their shattered relationship. Stars Kerr Logan and Alan Turkington.

Conor left Ireland at eighteen. He's lived in England ever since, much to the annoyance of his brother Gareth who still lives back in Newry. It's been a year since Gareth and Conor's younger sister died. Gareth's been talking about doing something to raise some money for a cancer charity in her honour for most of that year. But that's just what Gareth does - talk.

So when he turns up on Conor's doorstep and tells him he is going to cycle from Land's End to John O'Groats and he needs his brother driving behind him to carry his stuff, he doesn't believe him at first. But as the two brothers set off on the journey with only the AA route finder to guide them the eight hundred and thirty seven point nine miles, Conor realises that this time his brother might not be just talking.

A story of family, endurance and the power of loss. As the two brothers, devoid of a valid driving licence, any real cash or actual planning, make the journey across the country they are forced to confront their own relationship and the times they have missed together as they have grown up apart.

Kenneth Emson is a first time writer for radio. He won the Old Vic US/UK Exchange in 2009 for his play Sonderkommando, won the Adopt a Playwright Award in 2010, and took part in the Royal Court Supergroup attachment where he developed his new play White.

The Third Eye and the Private Eye