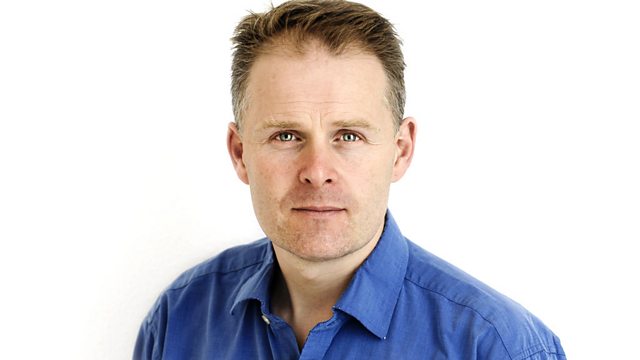 By their very nature war zones are hazardous locations, subject to extreme destruction. Angus Crawford asks if the army can do its job while also respecting the environment.

In 'Greening the Military' Angus Crawford finds out how British armed forces are increasingly having to take account of the environmental impact of their activities. But given the fact that war zones are highly hazardous locations, subject to extreme and enduring destruction, the thought of Britain's armed forces caring for the natural world can strike many as an extraordinary paradox. Nonetheless their activities are increasingly answerable to European environmental legislation, and battalions in the field are having to think carefully about their carbon footprints and carbon-dependency.

We hear how each new weapon system receives an environmental audit before it is deployed, and because of noise abatement measures, Eurofighter planes have to do full combat training exercises over the North Sea rather than over mainland Europe.

Angus Crawford asks whether the armed forces can do their job whilst also respecting the environment. Speaking to serving infantry officers fresh back from Helmand Province, he also visits a Swedish arms factory that prides itself on making environmentally-friendly lead-free bullets that don't pollute the water table. We also hear about so-called green fuel initiatives being deployed by British and American armed forces in order to reduce their reliance on diesel. This, we hear, is in response to the high human and financial cost of delivering fuel to remote theatres of war, such as Helmand. And, as one of Britain's largest landowners, we hear how the MoD's firing ranges have become a refuge for many rare species of wildlife that are no longer found in rural areas that are farmed in the conventional way.