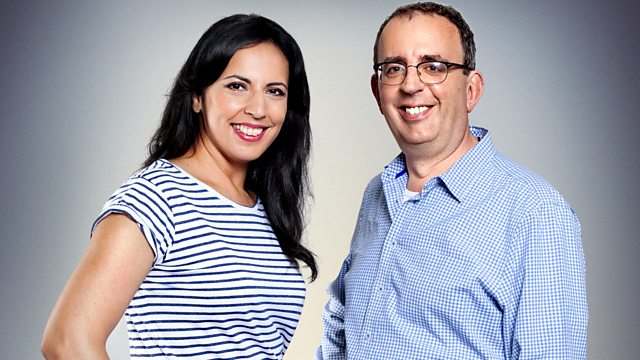 Sian Williams & Richard Coles live from the Olympics with newsman turned novelist Gerald Seymour, and James Partridge who founded of the disfigurement charity Changing Faces; JP Devlin mingles with the Olympic crowds; archer Tony George sets us aquiver with his Sound Sculpture; listener Arnold Gordon tells the tale of singing along to Over The Rainbow with Judy Garland in a bar during the Tokyo Olympics; John McCarthy gets out his bucket and spade in Weymouth; and Olympic athlete turned politician Ming Campbell shares his Inheritance Tracks.