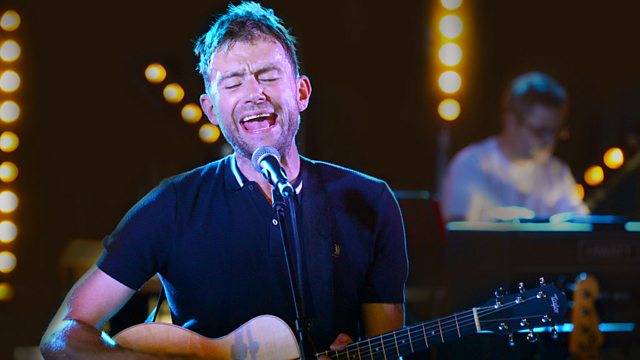 Blur join Steve Lamacq at the BBC's Maida Vale studios for a very special performance, plus a look over their illustrious career.

Blur join us at the BBC's legendary Maida Vale studios, for a very special session, in front of a live audience.

Steve will also be charting his relationship with the band from the first demo tape he received in the late 80s, when they were operating under the name Seymour, through their meteoric rise in the 90s, and dramatic implosion in the Noughties.

And he finds out how the band are feeling, as they prepare for what may be their final ever gig, bringing the curtain down on the 2012 London Olympics in Hyde Park next month.

See all clips from Blur live at Maida Vale (2)

See all galleries from Blur live at Maida Vale (2)