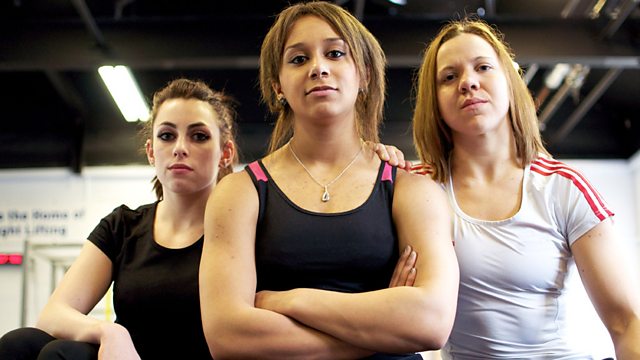 Zoe Smith, Hannah Powell and Helen Jewell have dedicated their lives to the ultimate Olympic dream of representing Team GB at London 2012. BBC Three has been following these young teammates as they hone their skills, resist temptations and watch their weight in order to secure one of the two female spots on the British weightlifting squad.

We see how they cope with living away from home for the first time, serious injury, a relentless training schedule, travelling the world and being under the spotlight. Finding out if it's possible to balance being a serious athlete with growing up, getting an education and falling in love.

The film follows the countdown to the London Olympic Games for three young girls with an extraordinary talent. But will mental strength prove just as important as physical strength in the battle to become Britain's strongest girl?