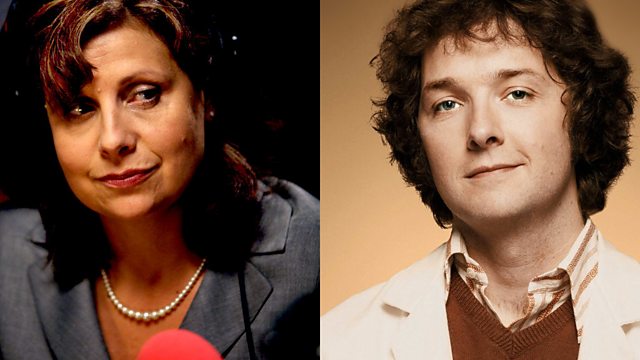 The comedy actress and her Thick Of It co-star in the talk tag show where the guest is the next interviewer. From August 2012.

Rebecca Front talks to her Thick Of It co-star and fellow Nude-a-phobe, comedian Chris Addison about working with Armando Iannucci and embracing his middle-classness through stand-up

"In an unclothed state I look like a child has done a collage with some Twiglets".
Chris Addison

Other episodes in the chain include:

Rebecca Front being interviewed by the man who knows her best, her big brother, Jeremy Front.