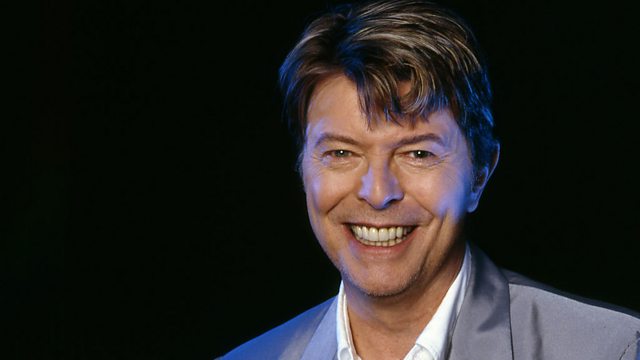 James Naughtie considers the musical influence of David Bowie, known since his 1970s Ziggy Stardust phase as an innovator and musical trendsetter.

The New Elizabethans: David Bowie. James Naughtie considers the musical influence of the man who first came to public attention in 1969 with his song "Space Oddity", and then exploded onto the music scene in the early 70's with his glam rock, androgynous alter ego, Ziggy Stardust.

Bowie has proved the master of reinvention, breaking into the American market in the mid 70's with songs like "Fame" - described by Bowie as "plastic soul" -, a radical change in style and sound which confounded his UK fan base. He then reached a new commercial peak in 1983 with "Let's Dance" and throughout his career has continued to experiment with musical styles, including blue-eyed soul, industrial, adult contemporary, and jungle. He is widely considered to be the most unique innovator of popular culture of his era.