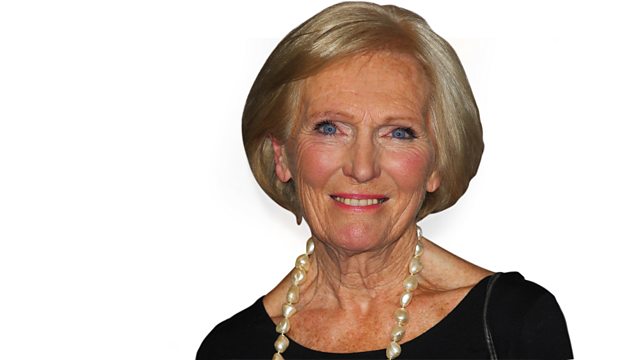 One of the UK's best-known and respected cookery writers, Mary Berry, is interviewed by Kirsty Young.

Mary Berry is one of the UK's best-known and respected cookery writers. More than six million copies of her books have now been sold - not bad for a girl who failed her school certificate in English.
On television, it is her role as a judge on The Great British Bake-off that has brought her to the attention of a new generation.
It was in domestic science lessons that she discovered her love of cooking and she is in no doubt of the importance of teaching cookery in school "When everybody leaves school, whether they are a boy or a girl, what do they have to do in the home? They have to produce a meal. They haven't been taught to do it. I think it should be essential."