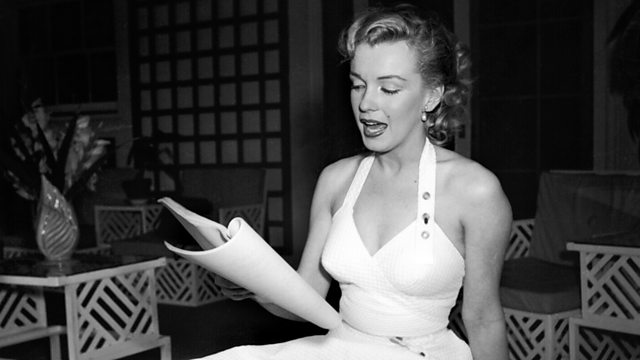 Pulitzer prize winning journalist Maureen Dowd argues that the so-called 'dumb blonde' of 1950s Hollywood was in fact smarter than she seemed. Marilyn Monroe and her ilk aspired to be brilliant in conversation as well as on camera; they wanted to pose with books as well as blonde hair; they understood the value of their sexual currency and they had enough sense to take advantage of their assets.

In this programme, Maureen Dowd brings together some of her most eminent friends and colleagues (amongst them, Harvey Weinstein and Mike Nichols) to travel back to a time when glamour and brains were not mutually exclusive. With the help of archive, film and music and some brilliant personal anecdotes, they'll debate why the figureheads of the 50s believed in education as a mark of status and success.

Jump forward to today and American popular culture and politics has lost the drive which Marilyn's era possessed. Maureen Dowd argues that aspirations and originality are no longer valued; instead we live in a cookie-cutter world of reality tv, banal cinema and inane politicians. And, despite the seeming triumph of feminism, some of the world's most powerful and desirable women - from Sarah Palin to Kim Kardashian - are leading this trend. In the words of John Hamm, 'stupidity is certainly celebrated'.