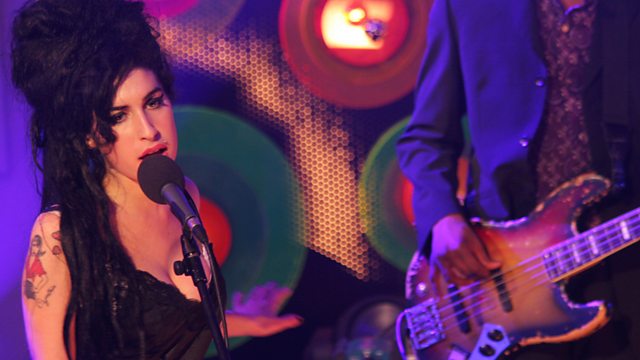 Amy Winehouse - The Day She Came to Dingle

Documentary telling the story of the day Amy Winehouse recorded a stunning acoustic performance in a church in the small Irish fishing village of Dingle in 2006.

Back in 2006 on a stormy December night, Amy Winehouse flew to the remote, south western corner of Ireland to perform for Other Voices, an acclaimed Irish TV music series filmed in Dingle every winter. Amy took to the stage of Saint James's church, capacity 85, and wowed the small, packed crowd with a searing, acoustic set of songs from Back to Black.

After leaving the stage, a relaxed and happy Amy spoke about her music and influences - Mahalia Jackson, Sarah Vaughan, Ray Charles and the Shangri-Las to name a few. Arena joined forces with Other Voices and went to Dingle to catch up with some of the people that Amy met on that day, including taxi driver Paddy Kennedy, her bass player Dale Davis and Rev Mairt Hanley of the Other Voices church.

This film showcases not only Amy herself, but the musical geniuses that inspired her to forge her own jazz pop style.