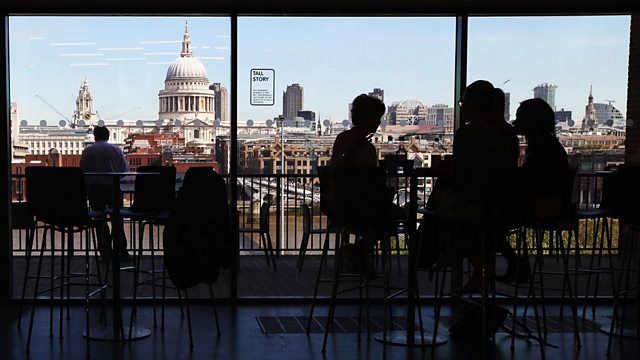 Another London is a new exhibition at Tate Britain which reveals the capital as seen through the eyes of photographers from all over the world, from 1930 until 1980. The images chart the city's transformation, from bombed- out ruin to punk playground. Craig Taylor, author of Londoners, considers the capital's many changes.

Louis Nowra is an acclaimed Australian dramatist, who has written two new plays for BBC Radio 4. He tells Kirsty how a serious head-injury, and being the son of an infamous murderess, have shaped his writing - and why he avoids arty types, preferring instead to have a beer with the labourers in his local bar.

Britain's first ever kitchen-sink movie, Woman In A Dressing Gown, is re-released in cinemas this week. Front Row finds out why the film, starring Sylvia Syms and Anthony Quayle, has been neglected for the last 50 years, despite winning several prestigious awards.

Newton Faulkner's first album Hand Built by Robots topped the charts in 2007, and his third album Write It on Your Skin did the same earlier this month. He reflects on the impact of parenthood on his music, and why he was star-struck when he met The Proclaimers.