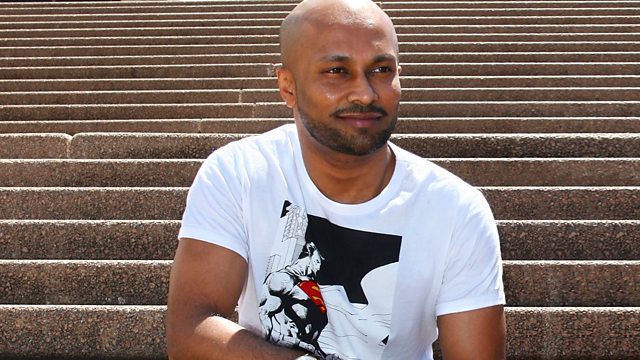 Choreographer and dancer Akram Khan is interviewed by Kirsty Young.

Kirsty Young's castaway is the dancer and choreographer Akram Khan.

A child of Bengali immigrants, he started learning Indian dance almost as soon as he could walk. Talent-spotted in his teens, he went on to spend two years touring the world with Peter Brook's Mahabharata. A keen collaborator, he's worked with everyone from prima ballerina Sylvie Guillem to disco queen Kylie Minogue.

He says he was a shy boy and dance allowed him to communicate properly for the first time: "It was like being allowed to speak - and people taking notice of that and that's another problem because then you want people's attention all the time, so, every dinner party we went to, I said, Mum, are they going to ask me to dance? It became an addiction."