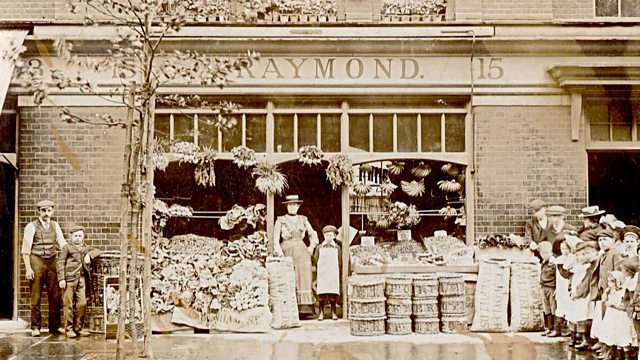 Series on how London has changed since Charles Booth's 1886 survey. Arnold Circus, in the East End, is home to the first council estate, which opened in 1896.

Booth colour coded each street, from yellow for the 'servant-keeping classes' down to black for the 'vicious and semi-criminal'. With the aid of maps, the series explores why certain streets have been transformed from desperate slums to become some of the most desirable and valuable property in the UK, whilst others have barely changed.

The sixth episode features Arnold Circus in the East End and the story of a Victorian social experiment that changed Britain. Arnold Circus is home to the first council estate, which opened in 1896. The planning of the estate, from its lack of pubs to the pattern of the brickwork, was deliberate in order to make its residents respectable, as previously the land had played host to a notorious crime-ridden slum.

Featuring compelling accounts from residents both past and present, this is the story of how Arnold Circus made the difficult journey from feared underclass to a self-respecting community; of how it became and still is a haven in heart of the City.