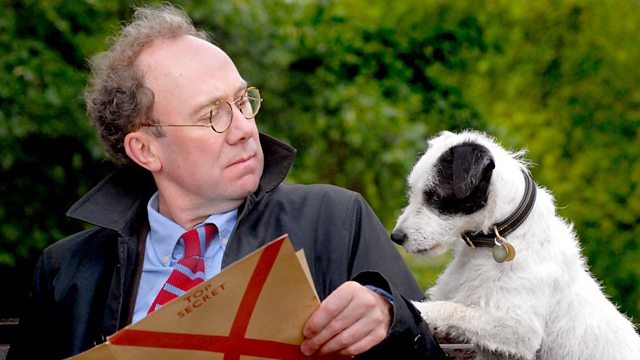 Double Cross: The True Story of the D-Day Spies

Writer and presenter Ben Macintyre reveals the gripping true story of the double agents who helped to make D-day a success, a triumph for espionage, deceit and twisted thinking.

The story of D-Day has been told from the point of view of the soldiers who fought in it, the tacticians who planned it and the generals who led it. But that epic event in world history has never been told before through the perspective of the strange handful of spies who made it possible. D-Day was a great victory of arms, a tactical coup, and a moral crusade. But it was also a triumph for espionage, deceit, and thinking of the most twisted sort.

Following on from his hugely successful BBC Two documentaries, Operation Mincemeat and Double Agent: The Eddie Chapman Story (Agent Zigzag), writer and presenter Ben Macintyre returns to the small screen to bring to life his third best-selling book - Double Cross The True Story of the D-Day Spies. Macintyre reveals the gripping true story of five of the double agents who helped to make D-day such a success.

See all clips from Double Cross: The True Story of the D-Day Spies (2)