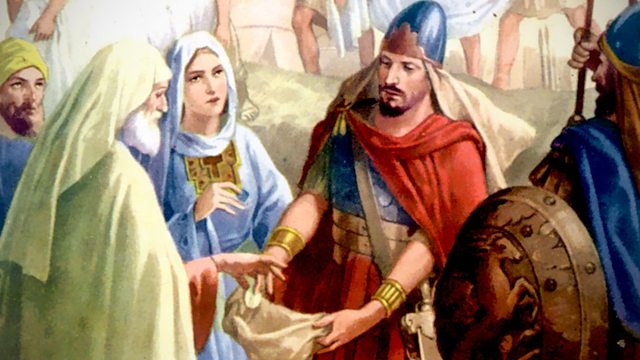 Ruth Smith uncovers the surprising truth about the Judas Maccabeus: it's not at all the militaristic crowd-pleaser that it's come to be see as in modern times.

Judas Maccabeus used to be one of Handel's most popular oratorios. But in modern times it's been deplored as tub-thumping, bellicose, militaristic. It lent itself all too readily to an aryanised Nazi version, Der Feldherr. It caused distress when it featured in the 2009 Edinburgh Festival, for it appears to celebrate the wipeout of the Scottish rebels at Culloden. But when it was first performed, that rebellion was long past and Britain was in the eighth year of a draining intercontinental war against stronger, larger, more successful France. The Scottish rebellion was the most frightening of several French invasion attempts, exposing British disunity, threatening annexation to a foreign Catholic power. The oratorio was written and performed in the shadow of continual British losses against the French axis. It is suffused with grief and fear; it is an exhortation to unity and communal effort; it is a prayer for peace; in its own time, its upbeat end was rather poignant wishful thinking. And in its original form, it didn't include 'See the conquering hero comes'.

Pre-eminent Handel revisionist Ruth Smith looks at the autograph score of Judas Maccabeus, which doesn't include See the Conquering hero, and looks at contemporary newspaper accounts of the notorious (and contemporary) trial of the traitor Lord Lovat - the last man to be beheaded in England and the real reason why Handel revised the piece.

The Trojan Horse Has Bolted