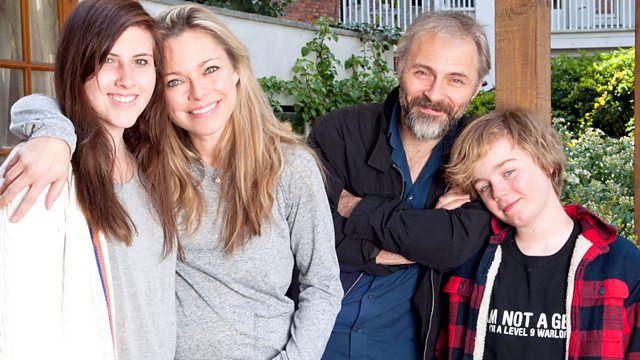 The Gobetweenies Series 2
Episode 2 of 6

Mark Bonnar and Sarah Alexander star as the exes determined to be double- not single-parents and bring their kids up together apart.

But Lucy has noticed the difference between her affluent mum, a children's fiction writer, and her broke dad who has just started a new job with Your Pets Painted in the Afterlife.com. She figures her dad he needs a proper Father's Day present, and her tuba has served it's purpose of getting her into that good state school where she doesn't get bricks thrown at her head. So why not take a visit to the pawn shop?

Her mum Mimi's young life was blighted by a no-show actor dad but she has fibbed to her kids, telling them her missing magical dad suffered from Dramnesia. When Tom discovers his granddad is starring in a stool-softening advert he invites him to visit. Won't his mum be delighted?