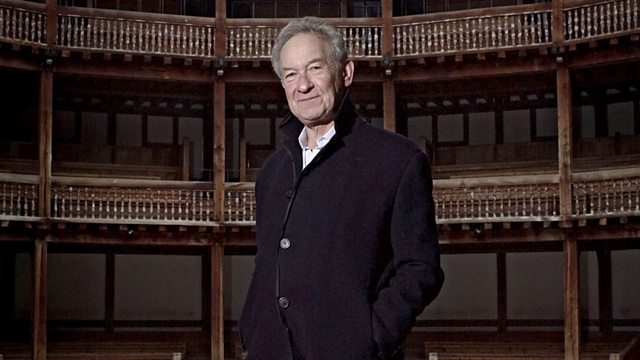 Simon looks at how Shakespeare's most profound tragedies may have been inspired by the bard's experiences writing for the courts of Elizabeth I and James I.

Simon Schama argues that it is impossible to understand how Shakespeare came to belong 'to all time' without understanding just how much he was of his time.

Schama explores Shakespeare's attitude to the other great subject of his day - kingship. He will look at the ways in which Shakespeare's most profound tragedies - Richard II, Hamlet, Macbeth, King Lear - may have been inspired by his own experiences writing for the courts of Elizabeth and James I.

Elizabeth - the consummate royal actress in decline - was to prove a powerful muse, while James's own obsessions and inviolable sense of his own grandeur, inspired Shakespeare to probe deeper into the royal mind than anyone before or since. It was as if seeing their frailty, vanity and folly first-hand fired his imagination - inspiring him to explore the great themes of power and ambition, in plays which show kings murdering their way to the throne and going mad.

Shakespeare dared to strip away the mask of royalty to reveal the flawed men underneath. Somehow, he got away with it - and revealed profound truths not just about kings but about the rest of us too.

Aswell as this an extraordinary cast of actors deliver some of Shakespeare's most moving and profound soliloquies.