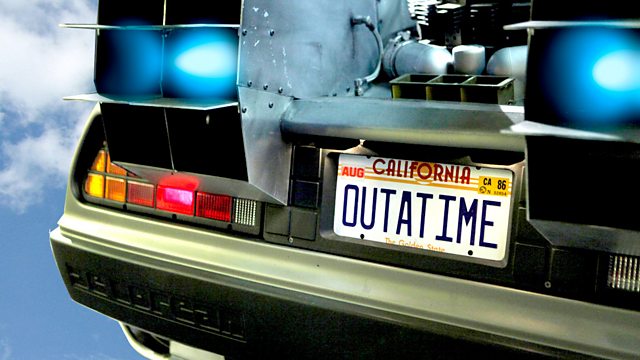 Gareth Mitchell meets the engineers who will transform the way people fly around the world. At Liverpool University they are designing helicopter plane hybrids and flying cars.

Gareth Mitchell meets the engineers who will transform the way we fly around the world.

Gareth has a go at flying a personal aircraft in the flight simulator at Liverpool University. Drs Mike Jump and Mark White explain that the EU funded project MyCopter is seriously looking at the prospect of flying personal vehicles that are as easy to drive as a car.

Sophie Robinson, a Ph.D student at Liverpool University, explains how her research into the safety and stability of auto-gyros, flying machines that already exist for personal travel, could set standards for the flying cars of the future.

Gareth visits the Flight Gallery at the Science Museum in London with the curator, Dr Andrew Nahum, who shows him how the basic shape of aircraft has hardly changed in 70 years, since the days of the DC3.

David Caughey, Emeritus Professor of Aeronautical Engineering at Cornell University, points out that the blended wing shaped aircraft is more energy efficient. So Gareth asks why we don't see them in service today - the answer is that apart from the innate caution of the airline manufacturers, the passengers would have no windows and it could be hard to evacuate such a craft speedily in an emergency.

Gareth talks to Prof Jeff Jupp who worked on the wings of the largest passenger plane, the A380. He also talks about alternative fuels to kerosene and new designs for engines, that look old school as they have propellers, but will make the aircraft more energy efficient. But there may be a downside in that they could be noisier and slower than jet engines.

Professor Paul Weaver at Bristol University tells Gareth about his work on making wings that change shapes like birds'.

And Colin Sirett, Head of Research and Technology at Airbus UK, discusses some ideas for planes of the future, such as see through fuselages and pods that take passengers from the airport and attach to the aircraft.