BBC Two
The Men Who Made Us Fat
Main content 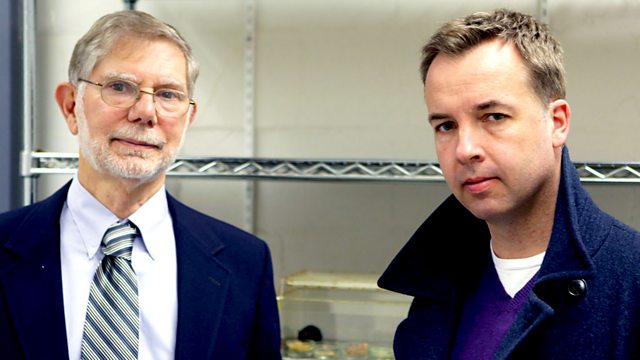 The Men Who Made Us Fat
Episode 2 of 3

Tracing the development of contemporary eating habits. Jacques Peretti investigates the concept of 'supersizing' portions of food and developments in dietary advice.

Jacques Peretti investigates how the concept of 'supersizing' changed our eating habits forever. How did we - once a nation of moderate eaters - start to want more?

Speaking to Mike Donahue, former McDonalds Vice President, Peretti explores the history behind the idea of supersizing. 40 years ago, McDonalds hired David Wallerstein, a former cinema manager who had introduced the idea of selling larger popcorn servings in his Chicago cinema. Wallerstein realised that people would eat more but they did not like the idea of appearing gluttonous by going back for seconds. By increasing the portion sizes and the cost, he could sell more food. In 1972, he introduced the idea to McDonalds and their first large fries went on sale.

By the 1980s, we were eating more - and we were also eating more often. Perretti speaks with industry professionals to examine the story behind the introduction of value meals, king-size snacks and multi-buy promotions. How did the advertising industry encourage us to eat more often?

The programme also explores the developments in dietary advice. By 2003, the Chief Medical Officer was warning of an 'obesity time bomb.' Peretti speaks to obesity expert Professor Philip James, who made recommendations in his 1996 report that the food industry should cease targeting children in their advertisements. He also speaks with Professor Terry Wilkin, who led a pioneering study into childhood weight gain; and former Labour MP David Hinchliffe, who chaired the 2003 Parliamentary Select Committee on Health.

See all episodes from The Men Who Made Us Fat

Jacques Peretti: "Are you TOFI?" 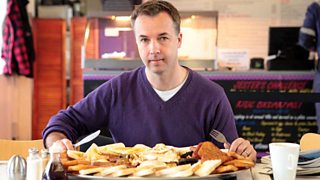 "It's not just the obviously obese who are in trouble from their diet."