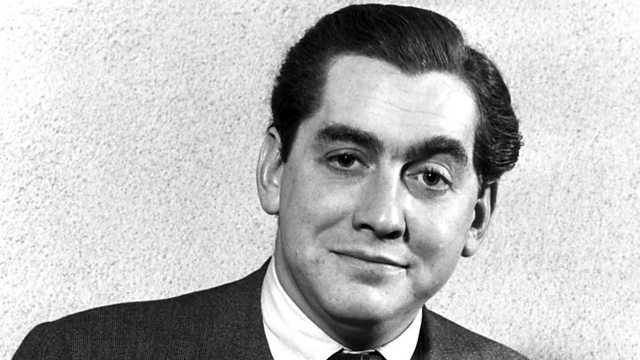 4 Extra Debut. James Naughtie examines the life of the TV and radio comedy actor who starred in Hancock's Half Hour, which epitomised the little man's struggle against the world.

The New Elizabethans: Tony Hancock the comedy actor and star of radio and TV and film. Best known for Hancock's Half Hour, written by Ray Galton and Alan Simpson, where he epitomised the little man's struggle against the world. He was always fighting against something, quite often himself. With the advent of TV, his battles with officialdom, and his gloomy reflections on the injustices visited on him, were in every living room.

Sadly he began drinking heavily and his personal life unravelled. His vulnerability was exposed in a BBC interview with John Freeman in 1960 called Face to Face. Although he went to Australia in the hope of a revival it wasn't a success and he committed suicide in 1968 at the age of 44. Yet Hancock's Half Hour is still considered one of the most important yardsticks against which British sitcoms are measured and it could be said that Alan Partridge and David Brent owe much of their success to Tony Hancock's character.