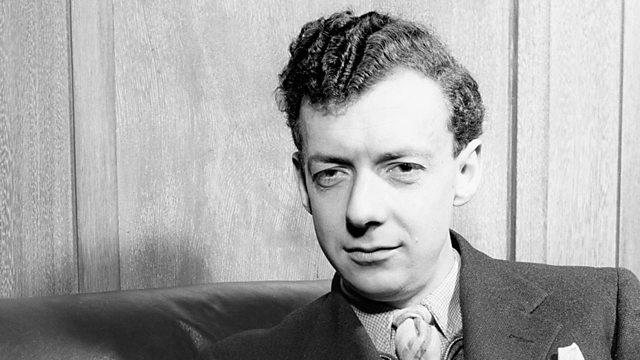 James Naughtie profiles Benjamin Britten, one of the greatest composers of the 20th century. A conductor and pianist of gifted brilliance he also founded the Aldeburgh Festival.

The New Elizabethans: Benjamin Britten. One of the greatest composers of the 20th century. A conductor and musician of gifted brilliance, Britten was writing symphonies from the age of twelve and learning from the composer Frank Bridge in his early teens.

A pacifist during WWII he travelled through America with the singer Peter Pears (who would later become his life-long companion) and befriended writers like W.H.Auden and Christopher Isherwood.

He is famous for operas like Peter Grimes, choral works such as The War Requiem which he wrote for the reconsecration of Coventry Cathedral and enjoyed composing for children: The Young Person's Guide to the Orchestra is one of his best known pieces.

He founded the Aldeburgh Festival on the Suffolk coast, which continues to this day, and the Britten-Pears Foundation still promotes his work with Peter Pears. He refused a knighthood but was a member of the Order of Merit and accepted a life peerage in 1976.