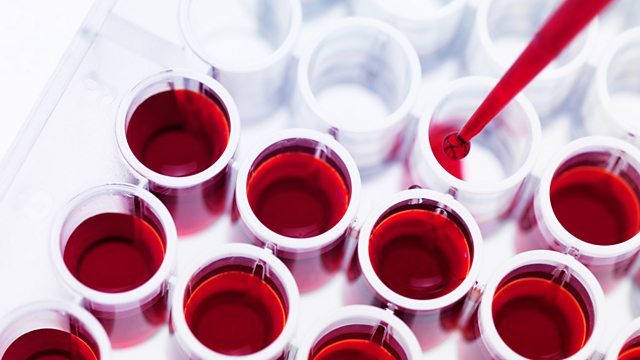 With a shortage of donors and worries over possible infections, demand is great for a risk-free supply of blood. Could artificial blood be the answer? Vivienne Parry investigates.

Could creating "blood" in the laboratory make infections passed on through blood transfusions a thing of the past? Vivienne Parry investigates.

The drive behind the quest for creating a blood substitute was originally from the US Military - during the Vietnam war a clean, reliable and portable alternative to donor blood would have helped to save many lives. Donated blood can only be kept for a limited time, needs refrigerating and has to be cross matched according to which ABO group people belong to. The "universal donor" - O negative blood - can be used on accident victims before a match is found. But it's in very short supply and often many units of blood are required.

The history of creating blood has had a chequered past - with some products abandoned because of side effects and others proving too costly to produce. One analysis of clinical trials on blood substitutes in 2008 revealed a higher incidence of heart attacks in patients who'd been given them, compared with those who received human blood.

Some scientists have tried using the pigment found in oxygen-carrying red blood cells - haemoglobin. This molecule is normally packed into the cells, so that it can "grab" oxygen breathed in by the lungs and release it in minute capillaries, providing the body with the oxygen needed to survive. But "free" haemoglobin is toxic to the body - presenting researchers with a technical challenge.

Another approach has been to grow human red blood cells from cells extracted from umbilical cords - known as blood pharming. But with the average blood transfusion containing 2.5 million million red blood cells the scale of production would have to be enormous. A special cocktail of growth factors coax these stem cells into becoming red blood cells just like those the body produces naturally.