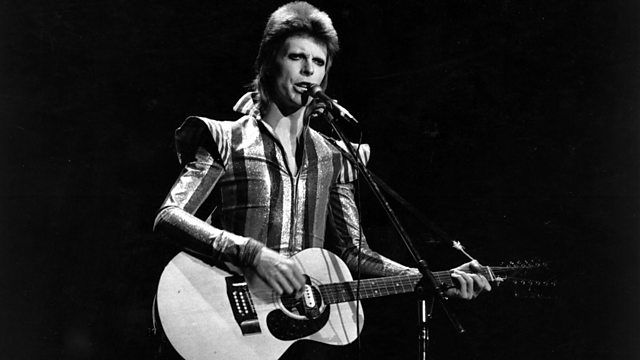 On the 40th anniversary of David Bowie's Ziggy Stardust, Midge Ure explores the story behind the iconic rock album and examines its impact on the music industry and the fans.

When David Bowie's rock album Ziggy Stardust and the Spiders from Mars was released in June 1972, it broke taboos within popular culture and changed the course of many young fans' lives forever.

Bowie combined his skills as a mime artist and top-rate vocal dramatist to come up with the most unique rock creation to date -, a flamboyant bi-sexual alter-ego. Ziggy Stardust was a fictional alien rock superstar who came to Earth five years before its predicted end. He turned his creator David Bowie from one hit wonder to superstar and took the world by storm. But then, in an extraordinary coup de theatre, Bowie killed off Ziggy at the Hammersmith Odeon in July 1973.

Like many aspiring young musicians, Midge Ure fell for Ziggy. For Midge and many others, watching Ziggy on Tops of the Pops was a rallying cry. Bowie's cross-dressing creation gave Midge and his contemporaries a license to try anything and everything, limited only by their imaginations. So who was Ziggy Stardust? Why was he killed off by his creator at the height of his fame? And why did everyone, even straight men like Midge, fall for him?

In an entertaining, insightful programme marking the 40th anniversary of the Ziggy Stardust album, Midge Ure explores the story behind the groundbreaking album and discovers its impact on his fellow musicians, the music industry and the fans, then and now.